All this talk about the brave new world of diblings has me thinking about terminology and how we talk about this to each other, to people who have never heard of our brand of alternative families, and to the kids themselves.

While I was trying to get pregnant, I made it my mission to educate people about Single Moms by Choice. While E was a baby, I felt like I skated through- most if not all people around me know my situation. “By choice” felt clunky and unnecessary, or smug. Also not the right qualifier–I had a baby by choice but I’m not single by choice (most of us would have preferred a partner). I introduced myself as just a single mom. Later I might say, “I chose to have him on my own.”

Now that he’s here, and will increasingly overhear me and eventually will know what I’m talking about, I’m feeling best about introducing myself as a solo mom. In a sea of imperfect options, solo mom feels most comfy. We have a lot in common with single (i.e. divorced) moms but their issues are different- mostly around dealing with the ex. They also quite often have a co-parent, or at least an adult who takes care of the kids occasionally and, if they’re lucky, helps shoulder the financial burden. “Single” refers to marital status only- there are two parents.

“Solo” to me means that you’re really doing this alone, or without a partner. Flying solo implies (doesn’t it?) a choice in the matter. It’s thrilling and risky and in the end you get all the blame and all the glory. It fits. Luckily, that’s how I named this blog 3.5 years ago- how did I know???

The other new terminology I love I got from my friend C who got it from a solo mom she works with who has an older kid. It’s the answer to the question “Where/who is E’s dad?” The answer is not the tragic and shocking, “E doesn’t have a dad.” Which is what I told my four-year-old niece when she asked. (I went on to explain about a nice man who helped me have a baby, which was totally over her head and unnecessary. We don’t always get it right the first time!)

The right answer is, “OUR FAMILY doesn’t have a dad.” We are in this together. Neither of us have the guy who would be his dad- we didn’t have him and lose him. There are all types of families. Ours has a Mommy, two aunts, an uncle, a Mimi, a Chacha, two cousins, and as many friends and honorary aunts and uncles as we want to throw in. We have lots of love. I love this answer. Me and E go solo, together.

The dibling extravaganza has begun! We’ve been trading photos and info and it’s really exciting. There’s definitely resemblance among the kids and plans to get together- one kid lives just across the Golden Gate Bridge! How fun is that.

Thanks for accompanying me home, kiddos. Have a great weekend. xo 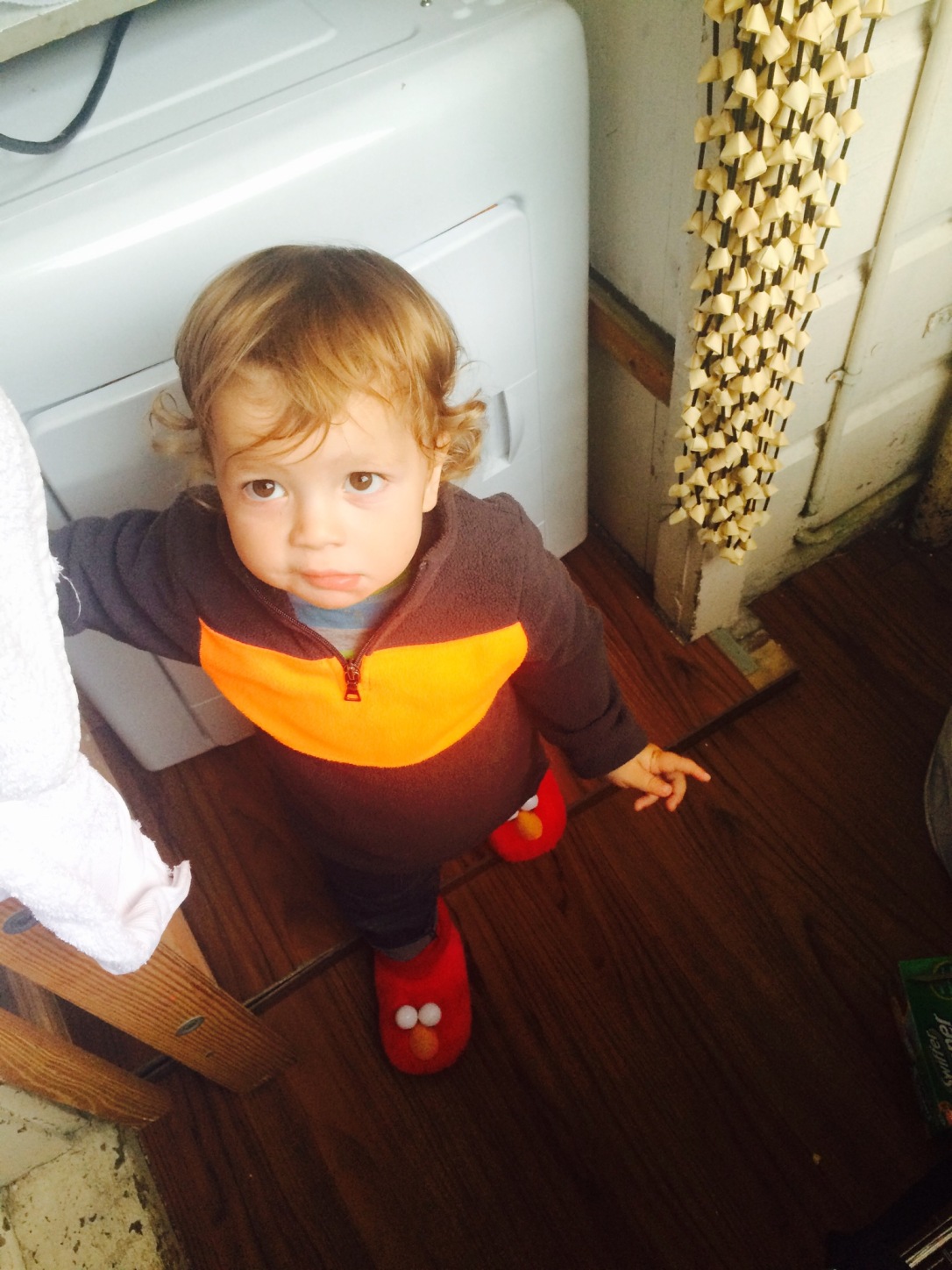